Trump And The Conservative Movement 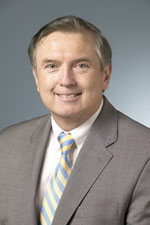 I do not know anymore (if I ever did) what the “conservative movement” is. Is free trade or protectionism “conservative”? Neither? Both? Ditto for aversion to American military intervention abroad, for how to deal with Putin, and for more restrictive immigration policies (or, at least, for actually enforcing the policies we have—whatever they are)? Where is the “conservative movement” these days on sentencing for violent crimes? Of nonviolent offenders? I have some idea of what sound policies on all these matters might be. But that is not the question which the Rover editors asked me.

There is more than a sliver of difference between them on most of the issues about which social conservatives care most. On the Supreme Court, for instance, and thus in turn on those many issues (abortion, religious liberty, same-sex marriage) which the Court has decided to manage for our democracy. Trump has unequivocally stated on several occasions that his Supreme Court nominee(s) will come from his published list of twenty-one possibilities. All of them would be fine choices, and some would be terrific. None would have been on even the very long list of potential nominees in a Clinton Administration.

Since his 2015 speech to the Conservative Political Action Conference, Trump has regularly denounced the latest “progressive” abomination in educational policy, the “Common Core” revision of K-12 math and English (and, soon, science) standards. (Trump even lambasted Common Core after midnight on Election Day, when he rallied his supporters in Michigan). Common Core would reduce education to acquiring the skill sets needed to be a cog in the 21st century global economic machine. Clinton has long been captive of the pressure groups which midwifed this bastard reform, namely, the education establishment, and business oligarchs who want docile, shovel-ready workers. About Common Core the most critical observations she could muster is that it was “poorly implemented.”

There is some reason to wonder about how deep and abidingly pro-life Donald Trump is. But he says that he is pro-life, and he has surely committed himself to governing as if he is pro-life (which in the end is all that matters). There is no reason to doubt Hillary Clinton’s contempt for the pro-life movement, which she has opposed at every turn during her long career in government. She even elevated her “pro-choice” game during the campaign, when she pandered shamelessly to abortion supporters and resolved to repeal the Hyde Amendment (which has since 1976 blocked federal funding of elective abortion).

Donald Trump was not the first (or second or third or fourth) choice in the Republican primaries for any social conservative I know. But he was the choice of most of them in November, and there is ample reason why.

Gerard V. Bradley is Professor of Law at the University of Notre Dame and faculty advisor to the Irish Rover.